Antoinette Stevens already loves to sing since early childhood. For several years she was part of the church’s children’s choir in Beers (NB) with lots of pleasure and she also sang solo there now and then. In the following years her passion for singing didn’t decline and she mainly loved to sing pop music and pieces from the musicals The Sound of Music and West Side Story. She received her first singing lessons from Arnold Ardts. Through him she quickly got in touch with classical music and since then she’s focused on that. In 2007 Antoinette won first prize in the category vocal music of the competition Prix Dominique.

At the Radboud University Nijmegen Antoinette studied Cultural Studies and Literature. She finished her vocal studies at the Conservatory of Amsterdam, where she studied with Valérie Guillorit and Jan-Paul Grijpink. During her education she took part in masterclasses from a.o. Margreet Honig, Ira Siff and Jeff Cohen. At present her teacher is Henny Diemer.

Antoinette has experience as a soloist in opera, oratorio and song recitals. She performed the role of Cherubino in Le nozze di Figaro and the roles of Seconda Conversa and La Sorella Infermiera in Puccini’s Suor Angelica. In June 2017 she performed the role of Second Lady in Die Zauberflöte at Opera aan de Schie. She also sang the part of Mrs. Nolan in Menotti’s The Medium (2018). Further she sang a.o. in Mozart’s Krönungsmesse, St. John Passion by Bach, Handel’s Messiah, Oratorio de Noël by Saint-Saëns, Vivaldi’s Magnificat and Palestrina’s Song of Songs (in a Dutch version).

She gained choir experience in several choir projects and during an internship with the Dutch Radio Choir. She sang a.o. in several works of Mozart, the Mass in D-maj. Op. 86 by Dvořák with the Radio Philharmonic Orchestra led by Serge Baudo and Mahler’s Third Symphony with the NJO (Netherlands Youth Orchestra), conducted by Xian Zhang. Also Antoinette sang in the ensemble of Ribattuta Musica in performances of the St. Matthew Passion with conductor Andreas Küppers. 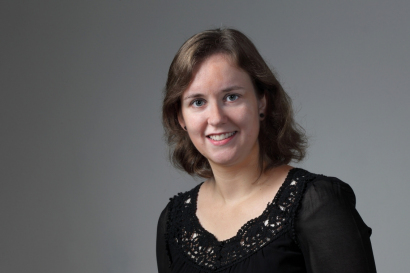